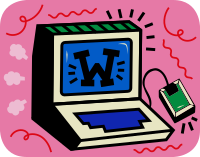 According to Wikipedia, "Freeware is software, most often proprietary, that is distributed at no monetary cost to the end user. [...] Unlike with free and open-source software, which are also often distributed free of charge, the source code for freeware is typically not made available." (src)

Where can I find more freeware/FOSS?

You can check out Wikipedia's list of free and open source software packages!

Why do you link Wikipedia so much?

Because Wikipedia is great.